Through the benefits of planned giving, donors can leave a lasting legacy to USA Lacrosse and the USA Lacrosse Foundation. If you have made a planned gift to USA Lacrosse, please consider notifying us so that we may recognize you as a member of the A. Norman Webb Jr. Legacy Society. 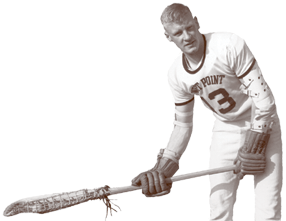 A standout goalie at Gilman School in Baltimore in the late 1950s and the US Military Academy in the 1960s, A. Norman Webb Jr. shared the sport everywhere he went, helping new players and starting new teams. He became known as the "Godfather of San Diego Lacrosse."

Norm deeply valued the sport, as well as the friendships and experiences it fostered. He envisioned the sport's potential and understood the resources needed to achieve it.

When Norm drew up his will, true to these beliefs, he gave nearly his entire estate to USA Lacrosse. His gift was transformational, serving as the catalyst for the creation of the new USA Lacrosse national headquarters in Sparks, Md.

The A. Norman Webb Jr. Legacy Society honors Norm's historic bequest and recognizes those who follow in his example of leadership by making a planned gift to USA Lacrosse Foundation.

"Norm had a lot of passion about the sport, and he wanted to see it played right. His leadership inspired people." - Mitch Fenton