Independence Day—one of the most widely celebrated holidays in the United States (and no, not the movie where Jeff Goldblum and Will Smith saved the world from aliens in 1996)—is usually the main summer holiday staple after Memorial Day. However, a new federal holiday, Juneteenth National Independence Day, was signed into law on June 17, 2021 making it the 11th federal holiday signed into law and the first one since Martin Luther King, Jr. Day was established in 1983. But, what is Juneteenth commemorating the independence of?

During the Civil War, President Abraham Lincoln signed the Emancipation Proclamation on September 22, 1862 to free enslaved persons in what were considered to be rebel states who seceded from the nation. The Emancipation Proclamation was ratified (made legal and official) on January 1, 1863. The Civil War did not end until April 9, 1865 and although many enslaved persons were freed years prior, news did not travel to Galveston, TX until Union Soldiers arrived June 19, 1865 to enforce the new law. This day was the first Juneteenth, or Jubilee Day or Emancipation Day, to commemorate the remaining enslaved persons knowing they had been freed.

Although all enslaved persons and indentured servants across the country wouldn’t be freed until the 13th Amendment (passed in the Senate on April 8, 1864 and in the House of Representatives on January 31, 1865) was ratified on December 6, 1865, the Black community has celebrated Juneteenth for hundreds of years. Texas was the first state to commemorate the celebration of the day into law in 1980 with many states plus the District of Columbia following suit afterwards over the years.

As you may have seen on calendars and in the news, Juneteenth National Independence Day, is now being recognized more throughout the United States given its federal recognition. Juneteenth will continue to be an annual reminder to reflect on the history of the United States, celebrate how far we have come, and encourage us to continue fight for our communities and for freedom.

There are many ways to celebrate Juneteenth National Independence Day with intention. Many states across the country will have parades, learning opportunities, and service opportunities for their communities to celebrate the newest independence day in the United States. There are also many Black owned restaurants and businesses to support who will have special Juneteenth celebration opportunities throughout the country in addition to online events. Some will even have smaller family celebrations going into June 20, 2022—given that Juneteenth falls on a Sunday this year. For information about celebrations in your area, I encourage you to search online for ways to participate.

From some of our staff...

How I spend my Juneteenth is spreading the wealth of game that has given me so much. It's two fold because it's during a celebration that is apart of my life. (Note: Donovan is pictured above at a Sankofa clinic for last year's Juneteenth. USA Lacrosse helped support Sankofa clinics in Maryland and New York this year.)

My personal celebrations of Juneteenth are: 1. To help with the education of Black history for myself, family, and allies—especially from the original Juneteenth to the present day because there is so much to Black culture to be shared and celebrated. 2. Supporting Black-owned businesses and elevating Black voices across industries.

My son is still pretty young but it's important to me that he understands Black history and that we celebrate our culture. We spend time reading about Juneteenth and get together with family to celebrate the holiday. 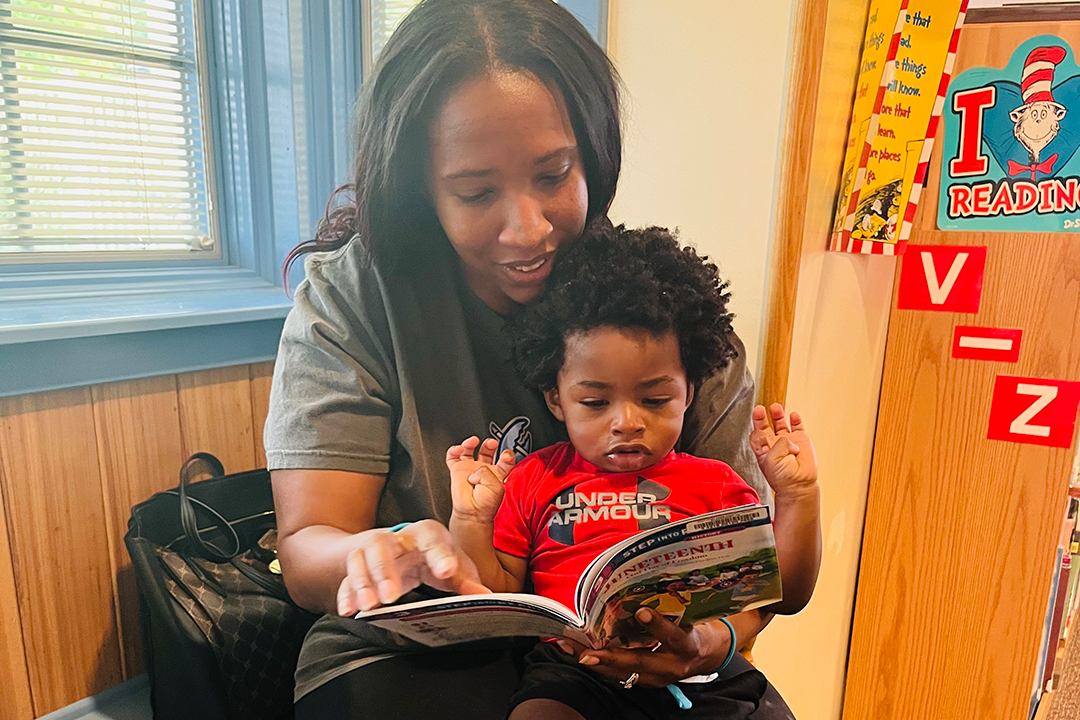 World Lacrosse Announces Schedule for U21 Men's Championship in Ireland